We offer a full range of property management services tailored to you as an investor, homeowner, or landlord. We have an extensive portfolio of single family homes, townhouses, condos, and apartments in the Royal Oak area and Wayne, Oakland & Livingston Counties.

The Benefits of using Richter & Associates

What we do as your Royal Oak property manager:

Inquire About Our Services 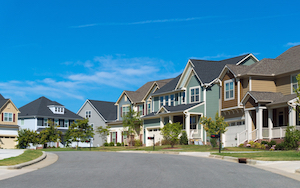 Royal Oak developed initially as a suburb after Detroit boomed as a major industrial city. People began to move to the suburbs for newer housing, especially after World War II. It had a compact, traditional street-side shopping district, which runs along Main Street and Washington Avenue downtown. During the 2000s, this area was redeveloped with numerous new businesses, and is now considered a trendy, upscale, urban-chic district, featuring restaurants, shopping, and entertainment. A number of mixed-use high-rise developments have been constructed — mostly condo "lofts" with retail and office space on the lower levels.